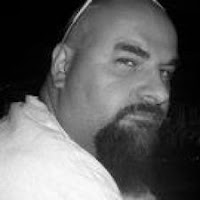 Today, I'm making my first foray into the world of guest blogs.  My first victim...er, guest is Armand Rosamilia a boy currently living in sunny , where he eats too much, drinks too much, and doesn't worry about the impending zombie apocalypse. And it is coming. He is the author of many, many stories and novellas (which are all awesome… seriously!), and his Dying Days zombie series is pretty cool, too. He loves talking to fans and friends about horror, zombies, Boston Red Sox and Heavy Metal music. Feel free to e-mail him at armandrosamilia@gmail.com or visit his blog at http://armandrosamilia.com. He also loves speaking in third person.


His new novella is Tool Shed...

When Michael Zaun takes possession of his late grandfather’s farm, he finds out he inherited more than he bargained for. Dubbed the “Tool Shed Murders,” the details of the deaths of two girls on the property, and his grandfather’s, seemingly by his own hand, are a little murky. Was his grandfather a monster or a hero?
The discovery of his grandfather’s journal awakens within him a new confidence. But what about the demon his grandfather mentioned? Is it real or just the ranting of a diseased mind?
With the help of his friends, old and new, Michael will find not only the answer to that question, but a new strength within himself.

Let me say this before I get to the interview.  I firmly believe a great opening line can help get any story off to a good start and I just loved the opener for Tool Shed.  "The cows had exploded."  Four words and I'm hooked.  I just have to know more.

Now a few questions for Armand.

1. What was the inspiration for Tool Shed?

The initial idea for the story began many years ago, when I was buying every Leisure Books paperback I could get my hands on. I loved the stories that Don was editing, and they were all classic horror tales. I wanted to someday write a 'traditional' horror tale, with a monster or demonic entity harassing our hero. I originally thought it from the grandfather's POV, with the murders happening on the farm. Then I put it away and began writing a dozen other stories. But while reading The Rising, or one of Brian Keene's zombie books, I came across a point where he talks about dead cows in the field. The line 'The cows had exploded' came to me, and I immediately thought of my Tool Shed idea. I rearranged the story a bit and began writing.

2. What other books in the genre would you compare it too?

I'd love to think my story holds a candle to classic Leisure Books work from John Everson, Keene, Douglas Clegg, and Simon Wood. But those books are amazing, and the period when Dorchester was firing on all cylinders is still my favorite books to read and re-read. I started writing it with them in mind, to be honest. Then, when it all fell down and burned, I decided to find another publisher that I wanted to be associated with. That was Angelic Knight Press. I was lucky because they obviously loved it enough to publish it, and I didn't have it sitting at half a dozen publishers, trying to get sold.


3. Is it a series? Will we get to revisit the characters?

Kind of. There is a longer novel I've written called Chelsea Avenue, 'starring' the elementals as well but set in Long Branch New Jersey beginning in 1987. I'm doing edits on the story and hope to get it ready to make the rounds as well very soon. It's another story that is many years in the making, and another more traditional horror tale.


4. What made you step away from the zombies that populate some of your other writing?

I never set out to be known as a zombie author. I wanted to write horror stories, period. When I wrote Highway To Hell it was only my second zombie story, after the flash fiction piece "Anything But Luck" starring Darlene Bobich (who has been my main character in all the Dying Days zombie stories) and I thought I wouldn't be writing too many more. Wow, was I wrong. The zombie stories struck a chord with readers, and I still find myself adding more and more to the Dying Days universe. But I still write horror stories, and just released a print horror short story collection, Skulls And Bones, that contains nine stories and none of them are zombies. I swear.


5. The main character, Michael, is a large man. No chiseled abs or buff physique there. And yet, he's basically the hero. Why write him that way?

I'm a big guy, pushing 300 lbs. I can relate to the character and his physical limitations, although I'd like to think I'm in better shape than Michael. I didn't want a Vin Diesel He-man in the story. I wanted a group of normal people, and even his best friend is more geek than anything. Characters that are relatable to a reader, instead of buff male strippers hanging out with super-hot chicks. I only do that in my real life.

My thanks to Armand Rosamilia for the interview.  I'm reading Tool Shed right now and expect to post a review buy the end of the week.  If you want to get your copy now, it's out today, from Angelic Knight Press and is available here.
Posted by Frank's Horrible Book Reviews at 10:48 AM