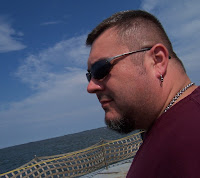 Who Says the Holiday Season Doesn’t Begin with Halloween?

By Tim McWhorter, author of Let There Be Dark

I come from a long line of traditionalists.  Growing up, my family had those certain things we did every year for birthdays and holidays.  Now that I have a family of my own, I’ve happily passed the importance of tradition down to my own kids.  We have so many Christmas traditions that we have to get out the calendar at the beginning of each December and schedule the month’s activities just to make sure we squeeze them all in.  Only one other holiday comes close to having as many traditions.  That holiday is Halloween.  Cobwebs all over the house (fake, not real).  Multiple trips to multiple pumpkin patches.  Pulling the firepit around to the driveway and staying toasty while we pass out trick or treat goodies.  But my favorite tradition of the Halloween season is one that requires no work on my part.  I get to just sit back and enjoy.  That tradition is the return of the horror movie.

Now, before you get your jack o’ lanterns in a wad, I’m not talking about the usual ‘sitting on the couch with the lights off and a blanket pulled up to your eyes’ horror movies.  That’s a fun-filled family activity you can take part in any time of the year, whether it’s the hottest day in July or the coldest in January.  What I’m referring to, and what I get most excited for every October, is the return of classic horror films to the theaters.  Every year around this time, the theaters in my area bring back at least one or two classic horror films for one or two special engagement showings.  My all-time favorite horror flick is The Exorcist, and in the last few years, I’ve had the pleasure of seeing it in the theater on three separate occasions.  The size of the screen, the spooky scores coming through the Dolby speakers at bombastic levels, all combine to provide a viewing experience you just can’t get at home.  I don’t care how much money you’ve spent at Best Buy.  Each time I saw The Exorcist, my heart pounded like a fat kid in gym class during track and field week.  (and I know because I was a fat kid in gym class during track and field week).

This year, the theater gods have not failed me.  In addition to Carpenter’s original Halloween that’s being shown across the country this week prior to the release of the new Halloween film, there are theaters showing George A. Romero’s classic, Night of the Living Dead.  (And yes, I’ve already purchased my tickets.)  This one I am exceptionally excited for. I have teenagers in the house who share my affinity for the scary movie.  (pause for nature versus nurture debate)  The truth is, not all classics that I show them resonate as well as I hope.  Some are too slow by today’s standards. Others have a cheese factor north of Limburger.  I could see NOTLD being one of the more difficult films for them to grasp fully why its one of the all-time greats.  It’s slow.  It’s black and white.  And viewing it in our living room, they may not get the film’s subtext, given the state of our country now compared to the state it was in back in 1968.  But sitting back and watching it all play out on a seventy-foot screen and in Dolby surround sound might help matters.

Questionable child-rearing aside, the fact of the matter is that I was born in 1970.  Many of what are now considered classic horror films had already been relegated to VHS by the time I got around to them.  Getting a chance to see them on the big screen, most for the first time is a real treat for this life-long horror fan.  Other classics I’ve seen in the theater the past few years are Carpenter’s The Thing, Carpenter’s Halloween, Evil Dead, Friday the 13th, The Shining, Jaws, A Nightmare on Elm Street, Alien, and of course, The Exorcist.

So this year, once the pumpkins are carved and on display, and our house looks more like a haunted attraction than my homeowners’ association would care for it to, you’ll find me in a theater somewhere.  I’ll have my feet kicked up, a tub of buttered popcorn on my lap and a cherry Coke in the armrest, waiting for the opening credits to roll and my favorite cardio workout to begin.

See ya at the movies! 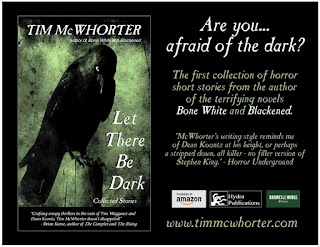