Guest Post: Storytelling on Social Media – a Parable of Tanks and Rollerskates by Michaelbrent Collings 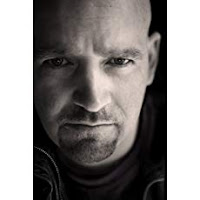 Tomorrow I plan to review the new novel Predators by Michaelbrent Collings, but for now, I'd like to turn over my blog to Michaelbrent for this informative guest post...

Storytelling on Social Media – a Parable of Tanks and Rollerskates

This is the question I face when writing this article or starting a book, or anything else. What do I write about? What do I DO?

So I thought I'd write about that process – and about something that so few of us think about: the power of our words. As writers, we all kinda-sorta-maybe know that. We know that words matter, but many (most? all?) of us think about them in terms of, "I have a story. The story matters. People will like it. People will buy it and I will have a pool of golden ducats that would be the envy of Scrooge McDuck."

To be sure, I think most people do have that kind of story in them. The trick is finding it, bringing it out, putting it down, and getting the word out (and those are a whole SERIES of blog posts/articles/book so I won't try here).

My dad once said (wisely) that talking about important things on social media is like trying to teach rocket science using bumper stickers. To which I would add: with the only difference that we would all agree that the latter is insane.

But not the former. We talk about "important" things all the time, never minding that they a) usually AREN'T that important in the grand scheme of things (and if you think they are, I'd invite you to tell me what you Tweeted last Tuesday), and b) the most important things merit our greatest care and attention.

I'm not telling people here to stop social media. I'm not encouraging silence. I'm saying that we live in a time where communication is possible on a greater scale than would have been imaginable even twenty years ago. I'm saying that this means words are flying around constantly.

And words, I am fond of saying, are the single greatest inhibitor of communication ever invented.

Now, though… so many words. So much complicatednessosity. Even that last word is needlessly complicateder than it has to be. But I'm leaving it. BECAUSE IT'S IMPORTANT.

Ultimately, we created words that allowed us to exercise the single greatest power in human history: the power to tell stories. That's the thing that differentiates us from every other creature because there's no other creature capable of telling Beowulf, or creating a sonnet, or writing out blueprints or mathematical equations (which are how science tells ITS most important stories).

We are creatures of stories, you and I. We meet, we converse, we share… and, fundamentally, we spend much of our time misunderstanding.

That's one of the pitfalls of being a writer: you become convinced that not only are you telling a good story but that the people for whom you write are hearing the same story you intended to write. This is rarely the case, though, because we all bring ourselves to the stories we hear. The audience is as much a part of the finished product as is the "original" storyteller.

This is even more pronounced on Facebook, Twitter, Instagram, you name it. A smiley-face or heart means something vastly different to me than it does to you. Sure, they

mean "happy" or "love," but those words themselves are two upon which oceans of writers have expended infinite words, so obviously there's a lot of wiggle room there.

"Don't just write a short story. Start out with an epic, because you gotta build to a short story." I said that once in jest/not-jest, and there's truth in it. Writing something short that matters, that's punchy and interesting… it's hard. Not least of all because, again, the chances of the audience reading the interesting, cool, deep thing you tried to write is infinitesimally small. They're going to read the words, but their lives loom larger when the picture is smaller. They'll bring more of themselves to a short story than they would to a novel because the author of a short story necessarily leaves more blanks for the audience to fill in. An eight-book epic spanning twenty years of a family's lives, well, that's something where the author gets to put a pretty sturdy cage around what he intends and keep prying audience members from messing with it too much. But a twenty-page short story? A five-hundred-word flash fiction piece? Those are really written by the author, interpreted by the audience, and the interpretation disseminated to the masses.

Again, this isn't to condemn those forums. This isn't to tell people to stay away. But as a writer, I've seen far too many times where I thought I was telling one story and ended up telling one completely different. I take great care now not just to tell the story, but to make it as close to impossible for the reader to misinterpret it as I can… and I still only succeed a fraction of the time.

Our words are magical. Our words are lovely. They are the brightest of suns. But they also burn, they cut, they corrode. So powerful, and it behooves us to use them wisely and well. Our society has little place or use for hermits; we interact with each other and expect others to contribute to our lives just as we contribute to theirs. But we must remember: we are creatures not of concepts, but of stories. Every word we say, or write, or type, is part of a story that goes into the world and changes it a bit. We bear every bit as much of a responsibility to do our best to change the world in a good way with every word as we do the responsibility of leaving a world behind that has food and air and

water for our kids. But though most of us wouldn't blow up a dirty bomb in a mall amongst thousands of strangers, we think far too little of lobbing potentially dangerous words into the atmosphere of social media. Then we shrug and say, "Hey, I'm being honest," or, "Hey, that needed to be said," or "Hey, I've always stood up for what I believed," without ever asking the more important questions: how does that honesty benefit the world? Did it "need" to be said, or did I just really really wanna say it? And in standing up for what I believed, did I help others, did I harm them, or did I care less about that than I did about just getting something off my chest?

The world is magical. It's so full of stories, so full of words. We talk, we smile, we laugh, we play. I love all those things – they make me smile myself, and (selfishly) I enjoy stealing others' stories so I can reshape them in my own image.

But we also stand up and tell people things "for their own good" without getting to know them. We condemn groups as a whole without regard for whether that will actually change their minds or lead to any kind of change. We spit into the wind, because we are ANGRY, DAMMIT, and then are shocked when the wind changes and the person who gets the most spittle on their cheek is not the intended victim, but we ourselves.

Words are important – and there are definitely those that must be said. But we have to be careful. We have to think.

We are storytellers. That is what it is to be human: to experience things, then to take those experiences and boil them down into stories we can tell to (hopefully) make our future experiences and the future experiences of others into something more meaningful and pleasing. But as storytellers, as the most powerful of creatures, we also bear the tremendous responsibility of using that power wisely. If Superman went out and murdered someone – even just once – we would toss him out as our superhero. I'm not talking "I got into some kryptonite and did something over which I had no control," I'm talking about a day where Supes just gets tired of it all, throws up his hands, and heat visions his frickin' neighbor who constantly plays house mixes with full bass to

death. At that point, we are done with him. He is no longer not a hero, he is forever unredeemable.

I am a storyteller. I am a human. So are you, those of you who read this. So let us tell good stories. Let us tell kind ones. Sometimes kindness is painful (ask any child who just had a tetanus shot or got a cavity filled what he or she thought of it). But kindness is never unthinking, or motivated by my feelings of the moment – it is motivated by plans that will benefit someone's future.

The best stories are these. Frank Errington asked me to write something for a guest post, and I always try to think of something useful to write on those occasions. There are story tips, there are craft how-tos. I can talk about making a relatable villain, or dealing with the suspension of disbelief for a zombie story. All that's important, but all it boils down to at its base is the fact that the story that matters deserves a well-crafted vehicle.

So craft your own vehicles well. And remember that Twitter is just as much a storytelling venue as is Amazon or Barnes & Noble. Remember perhaps as well that when we use social media as a vehicle for our stories, it's not a rollerskate; as often as not it's a tank with a single devastating shot. Let us take care to shoot only things we've really thought about, and really aimed for; collateral damage is horrid in war, but for some reason it deserves no notice when I'm posting on "my" wall – a wall of "mine" that is bought and paid for and designed and maintained by other people without any input on my part, which is the strangest definition of "mine" I have ever heard.

And maybe we should sometimes not shoot at all. Perhaps we should get out of the tank, and take a walk. That's how we actually meet people with whom we'd like to share our T-rex meat and make sweet caveperson love.

Michaelbrent Collings is an internationally bestselling author, multiple Bram Stoker Award finalist, produced screenwriter, and makes awesome waffles. His newest novel is PREDATORS, available on all major ebook retailers, and you can find out more about him and read more of his wordingosityness at his website, WrittenInsomnia.com
Posted by Frank's Horrible Book Reviews at 1:42 PM