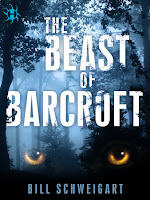 I have a confession to make: I’m a fraud.

Before I get to that, I first need to thank the Fantastic Frank Michaels Errington for taking a devil’s holiday and inviting me to hijack his blog. Do what you like, he said. Promote your new novel, The Devil’s Colony, he said. I was touched and honored and excited, then those feelings began to curdle into a familiar sensation: but they’ll know I’m a fraud.

In general, I believe most of us grown-ups feel like frauds. We go around adulting in our big boy or big girl pants, occasionally looking over our shoulders and thinking at any moment the real grown-ups are going to show up and call us out. If you are so confident and self-assured that you sashay through life without such doubts, then congratulations: you are a unicorn. Or the President of the United States. At present, I don’t believe in either of those things and if I did, I certainly wouldn’t trust them.

No, I’m not talking about being an everyday charlatan. This is much more specific to you, Frank’s faithful readers. The first time I realized I was a horror writer was when my agent urged her Twitter followers “to welcome horror writer @billschweigart to the team.” I was shocked. Until that moment, I honestly hadn’t realized I was one. The Beast of Barcroft was my second novel—my first was a thriller about the Coast Guard—so at that point, exactly half of my output horror. Or a “supernatural thriller,” as I imagined it.

But there it was on Twitter, so it had to be true. I thought, “I’m a horror writer? But…but…but I’m squeamish.”

Here’s a semi-spoiler free example: there was a scene in The Beast of Barcroft when my main character Ben McKelvie is visited by a shapeshifting creature that’s been stalking him. His back yard’s motion sensor lights flare and Ben peers through the window to find a wolf staring up at him with glowing eyes. I wrote the scene and thought, “Not bad.” Afterward, as I went adulting into my day, I envisioned that, instead of a wolf, the shapeshifter visited Ben in the form of its last kill, one of Ben’s neighbors. I envisioned the shapeshifter standing there in the guise of his friend, naked, the gore of its latest victim still slathered on his jaw and matted in his chest hair. Ben and the creature’s eyes meet, and the man lifts his head and sniffs as if testing the air between them.

I shuddered, totally creeping myself out. My first thought, incredibly, was, “You can’t do that!” Then a cold, whispery voice hissed You must. I feel like a sham because this horror stuff didn’t come naturally at first. I’m much more comfortable writing the banter between my cryptid-hunting characters. There’s Ben (kind of a dick but trying), Lindsay (a zoologist and as stalwart as Ben is a buffoon), Alex (an embattled professor of Native American Studies), Davis (a special operations veteran and the only one remotely qualified to fight anything, let alone monsters), and Richard

Severance (the cocky-as-hell billionaire cryptozoologist who causes as many problems as he solves). I could write these characters zinging each other in a diner for 300 pages. It’s the murder-y bits I struggle with.

But I rewrote that scene and I’m sure as hell glad I did. With every book, I push myself to keep raising the stakes. In The Beast of Barcroft, the aforementioned shapeshifter slays the residents of a suburban Washington, D.C. neighborhood like a hot knife through butter. Think folklore as a weapon. In Northwoods, the team deploys to the Minnesota woods when they learn of something terrible crossing the border from nightmare into reality. Think folklore as an invasive species.

In The Devil’s Colony, the team faces their deadliest challenge yet. In the New Jersey Pine Barrens, a man named Henry Drexler operates a private compound called Välkommen, which is Swedish for “welcome.” Indeed, Drexler welcomes all visitors—so long as they’re racists, neo-Nazis, or otherwise in cahoots with the alt-right. But Drexler is no mere Hitler wannabe. Once he was Severance’s mentor, and his research may well have summoned a monster to the Pine Barrens. Think folklore as a weapon of mass destruction. To find out the truth, Ben and Lindsay must enter the camp incognito. There, under the watchful eyes of Drexler’s bodyguards and sociopathic son, they will learn that that, sometimes, the greatest monster is man.

The Devil's Colony is the final installment of my Fatal Folklore Trilogy, and I assure you, it’s the darkest yet. And to continue the shameless plugging, on July 25, “The Expedition,” a short story set in the same universe will be featured in Volume 7 of Dark Screams, Penguin Random House's horror anthology. I hope you’ll check both out. I poured a lot of soul into my Fatal Folklore Trilogy. I believe in these novels, their characters, their struggles, and relationships. Even if I didn’t always believe in myself. And like good horror, I believe it speaks to the times—and the fears—we’re living in.

But I have another confession to make: a strange thing has been happening recently. I thought finishing the terrifying adventures of Ben and company would exorcise that cold, whispery voice in my head. But it’s still there. And I’m afraid it’s getting louder. Every time I pass a copse of trees, it says Wouldn’t this make a wonderful home for some fanged menace? Every time I pass a dark alley or lonesome field, it says What a lovely place to set a murder.

And I’ve stopped equivocating when people ask what I write. Yes, there’s a lot of humor. Yes, there’s heart. And yes, there’s—gasp—romance. But no, they’re not supernatural thrillers.

Bill Schweigart revives a bit of forgotten lore from the shadow of Washington, D.C. for his chilling thriller, The Beast of Barcroft which finds a devilish creature stalking the residents of Arlington. Publishers Weekly says "Readers who appreciate a B-movie sensibility, affable characters, and a sense of fun along with their scares will find much to enjoy." Its sequel, Northwoods, follows Ben McKelvie and Lindsay Clark as they travel to the Northwoods of Wisconsin to investigate sightings of a new and terrifying cryptozoological threat. The Devil's Colony, the final novel in the trilogy, will be available July 11, 2017. Bill is a former Coast Guard officer who drew from his experiences at sea to write the taut nautical thriller, Slipping the Cable. Bill currently lives in Arlington, VA with his wife and daughter, who along with their monstrous Newfoundland and mischievous kitten, provide him with all the adventure he can handle.