Guest Post: Nicholas Kaufmann talks about collaborating on a novel

Author Nicholas Kaufmann has written a terrifying novel with Stephen L. Kent.  I'll be sharing my review of 100 Fathoms Below tomorrow, but right now I'd like to turn the page over to Nick as he talks about the collaboration experience...

People have been asking me about a lot lately about what it’s like to collaborate with another author on a novel.  This makes sense, considering I co-wrote my latest horror novel, 100 Fathoms Below, with Steven L. Kent, an author best known for his Rogue Clone series of military science fiction adventures.  In truth, I’m hardly an expert on the subject.  I’ve tried collaborations before back in my younger days, on stories as well as novels, but they always fizzled out.  More often than not, one or both of us would run out of time to devote to the project, or lost interest, or both.  100 Fathoms Below is the first novel I’ve written with another author to completion and publication.  Despite not being an expert, I did learn a few things along the way that I can share with you.

As with anything, there are pros and cons to collaborating on a novel.  We writers are so used to working alone, forever wrestling Jacob-like with the angels of our imaginations and answering to no one but ourselves.  Collaborating with another author requires developing a whole new approach to this process.  I’m not going to lie to you, it can be hard.  When an idea comes to you as a writer, whether it’s a plot point or an important bit of dialogue or a character moment, it comes with emotions attached, and so you become emotionally attached to it.  When a co-author tells you they don’t like it or it isn’t working, it can be hard to let go.  It can feel like a personal slight when something you came up with, something you thought was brilliant, is greeted with displeasure and resistance by your co-author.  But you have to get past that.  The most important key to a good collaborative experience is getting over yourself.  To successfully work with another author, you need to trust and respect that other author’s opinions and point of view.  If they don’t like something you came up with, there’s probably a good reason for it, just as there would be a good reason for you not liking something they came up with.

Communication is key.  With Steve living on the West Coast and me on the East Coast, we have never met in person—a fact that blows people’s minds whenever I mention it.  All our correspondence was done through email and comments in the manuscript.  But regardless of how you do it, you must keep those lines of communication open and honest.  Be warned, it can get messy at times.  After all, you’re dealing with another human being, one with their own preferences, tastes, and passions, all of which won’t necessarily line up with your own.  Collaborating on a novel is like any relationship between two people.  Clear and respectful communication is a must.  Even if it produces some bumps along the way, it will lead to a much smoother working relationship in the long run.

As challenging as it might be to work with another author, there is also a special magic to collaboration that you won’t find when writing on your own.  By working together, the two of you give birth to something beyond what either of you could have created alone, an outcome that exceeds the sum of its parts.  That’s what I believe we did with 100 Fathoms Below.  It’s not a Steven L. Kent novel with some Nicholas Kaufmann mixed in, nor is it a Nicholas Kaufmann novel with some Steven L. Kent mixed in.  It is its own entity, a novel that is more than the sum of its parts, and a novel that I daresay is better than either of us could have written on our own.

So is it worthwhile to collaborate with another author?  I think so, although your mileage may vary.  If you decide to try it, I think you might be pleasantly surprised by the result, so long as you keep in mind the advice I’ve given you.  I may not be an expert when it comes to collaborations, but having done a successful one, I find I would absolutely do it again if the right circumstances came along.  I have no intention of giving up writing solo novels, of course, but on occasion, two heads really are better than one. 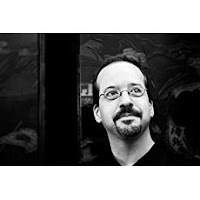 Nicholas Kaufmann is the Bram Stoker Award-nominated, Thriller Award-nominated, and Shirley Jackson Award-nominated author of two collections and six novels, the most recent of which is the horror novel100 Fathoms Below, co-written by Steven L. Kent.  His short fiction has appeared in Cemetery Dance, Black Static, Nightmare Magazine, Dark Discoveries, and others.  In addition to his own original work, he has written for such properties as Zombies vs. Robots and The Rocketeer.  He and his wife live in Brooklyn, New York.